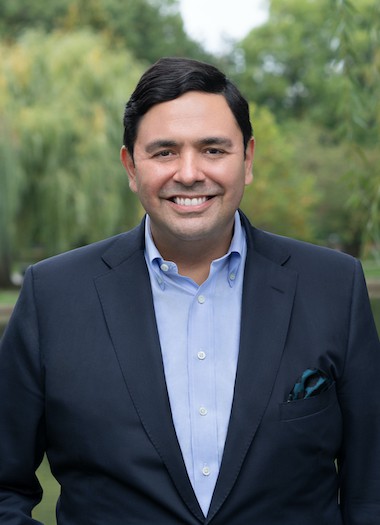 If you're familiar with the Boston real estate market, chances are you've heard Rene Rodriguez's name a time or two. His career has been a long one, with some recent successes including the sale of the penthouse at The Lydon in Back Bay for $14.3 million as well as the sale of a building on Union Park being converted into a grand single-family home. He's also recognized as one of the top multi-family sales brokers in Greater Boston.

His clients include top business and civic leaders, whether in life sciences, e-commerce, academia, medicine and finance. "They are all very busy people and want a seamless transaction," Rodriguez says. "They expect me to anticipate problems before they happen and fix them."

Rodriguez takes great pride in the fact that his success stems in large part from positive referrals. He works tirelessly to meet his client's needs and be a calming, knowledgeable guide throughout the sometimes chaotic buying or selling process. "I'm available anytime, anywhere," he says. "No single transaction is ever as important as a relationship." Though he's helped clients buy and sell some of the highest-profile properties in Boston, Rodriguez says there isn't one particular achievement that sticks out when he considers his career. "Rather, it has been a culmination of successes derived from positive referrals and relationships I've developed over the past 25 years," he explains. He's often asked to speak to business groups and civic organizations as well as at his alma mater, Babson College in Wellesley.

Rodriguez makes it a point to give back to the community that he's been a part of for so long by supporting organizations like Babson and the Leukemia & Lymphoma Society. He's also a patron of the arts, supporting the Huntington Theatre Company and collecting art in his free time. Rodriguez also enjoys traveling, cooking, and spending time with family and friends.