The Seaport District has seen tremendous growth and opportunity over the past five years, and its known as one of Boston’s fastest growing neighborhoods.  Those that purchased a condo here a few years ago have seen a large increase in their investment – the average condo sale price has increased over 133% since 2015. 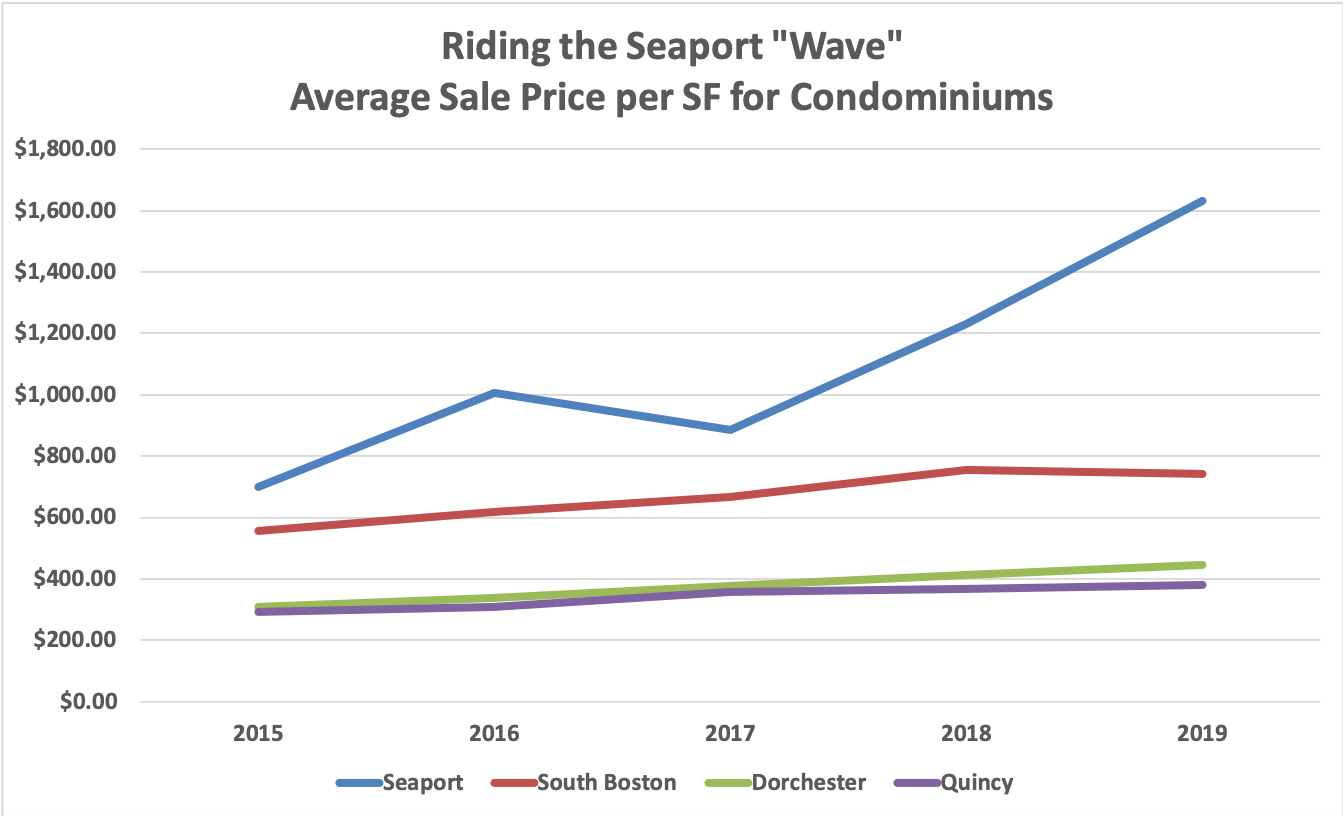 Nearby neighborhoods such as South Boston, Dorchester and Quincy have seen a lot of transformation over the past few years as well.  New developments and condo conversions in these neighborhoods, as well as the arrival of trendy restaurants and bars, have attracted buyers.  They have not yet seen the same amount of growth as the Seaport, but they seem poised to ride this Seaport “wave” and increase in value as well.